Home › Blog › World Long Drive: The King, The Queen and The Kid

The temperature drops as the sun dips below the horizon. Anticipation is thick in the air as Justin James steps up to the tee. After his opponent went 0-fer, just one on the grid is all he needs to get his hands on the championship belt and the title of Volvik World Long Drive Champion.

Tension rises. What happens if BOTH competitors fail to get one on the grid? Will Justin play it safe and softly hit one inside the lines to reach the 270-yard minimum length? This would ensure his victory but would most certainly disappoint the crowd. Will he continue to swing for the fences, flirting with the out-of-bounds line?

Suddenly, as if it exploded out of a cannon, his fifth golf ball rips through the night sky at 226 miles per hour – faster than a Formula One car – zipping through the light breeze. Airborne down the left side of the grid, the orange Volvik Vivid XT golf ball bounces off the turf after flying the length of four football fields. It takes a slight bounce toward the center of the grid and finally comes to rest, 435 yards later.

With that single swing of the club, Justin James became World Long Drive royalty. Now, seven months later, he remains the standard for hitting bombs and shredding grids. Two events down on the 2018 schedule and the World No. 1 already has a semifinals and a finals appearance under his belt, averaging more than 400 yards per drive in match play. It’s simply not a matter of if he wins again, but when.

This September, he’ll have the chance to repeat as Volvik World Long Drive Champion. 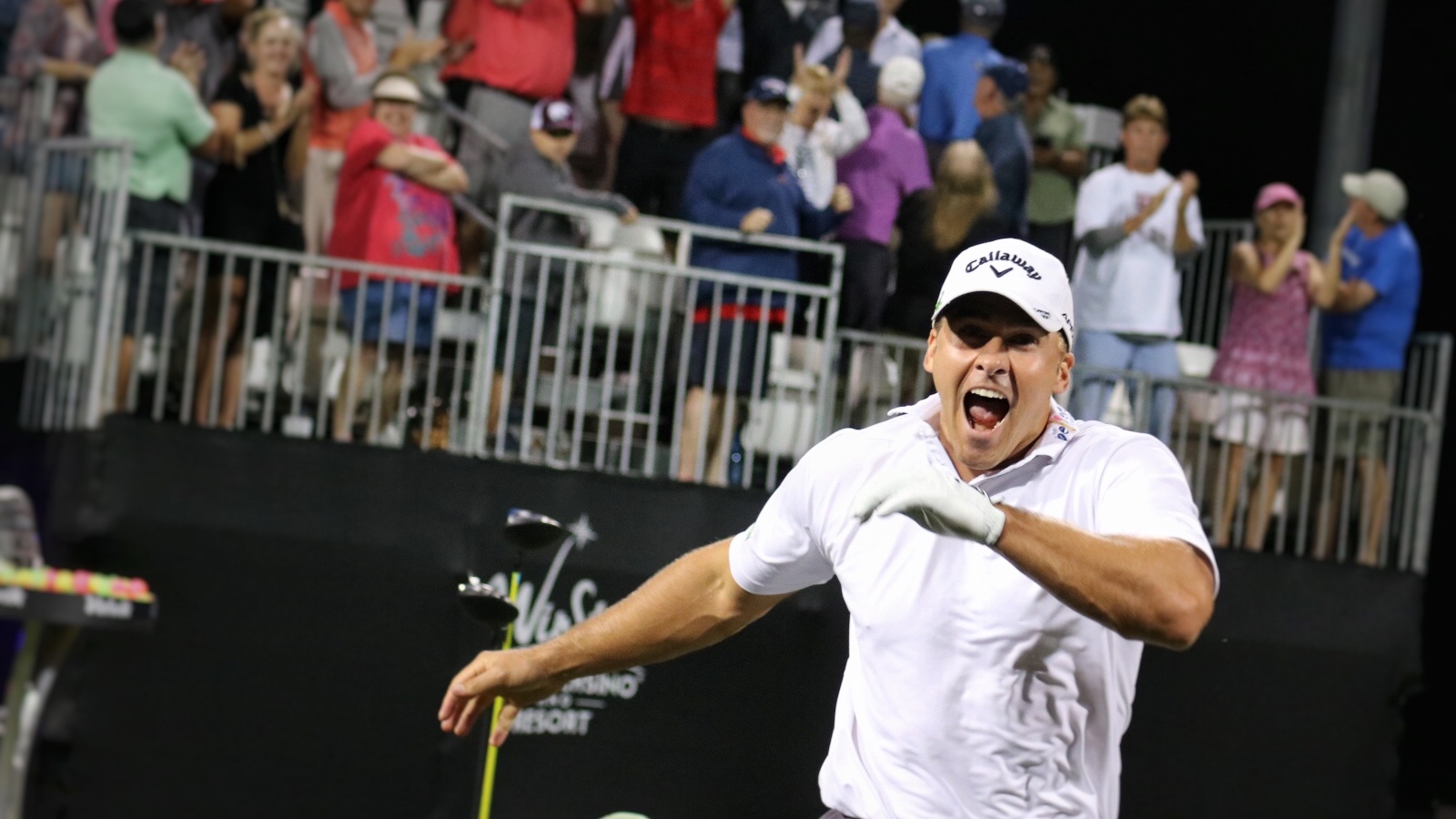 If there is a World Long Drive royalty, then she’s undoubtedly the queen. Sandra Carlborg, the Swedish wonder, dominated the 2017 women’s field in Thackerville, taking home her record fifth world championship.

She won’t say it was easy, but she doesn’t have to. Her drives back it up. She rolled through match play competition with an average winning drive of 341 yards. In all, Sandra had 11 drives in Thackerville of more than 350 yards — more than any other competitor.

In case you were wondering if The Queen will be contending to retain her crown in 2018, all signs are pointing to the affirmative. With up-and-comers like Alexis Belton and Troy Mullins hot on her heels, we may be in for a battle of the ages. 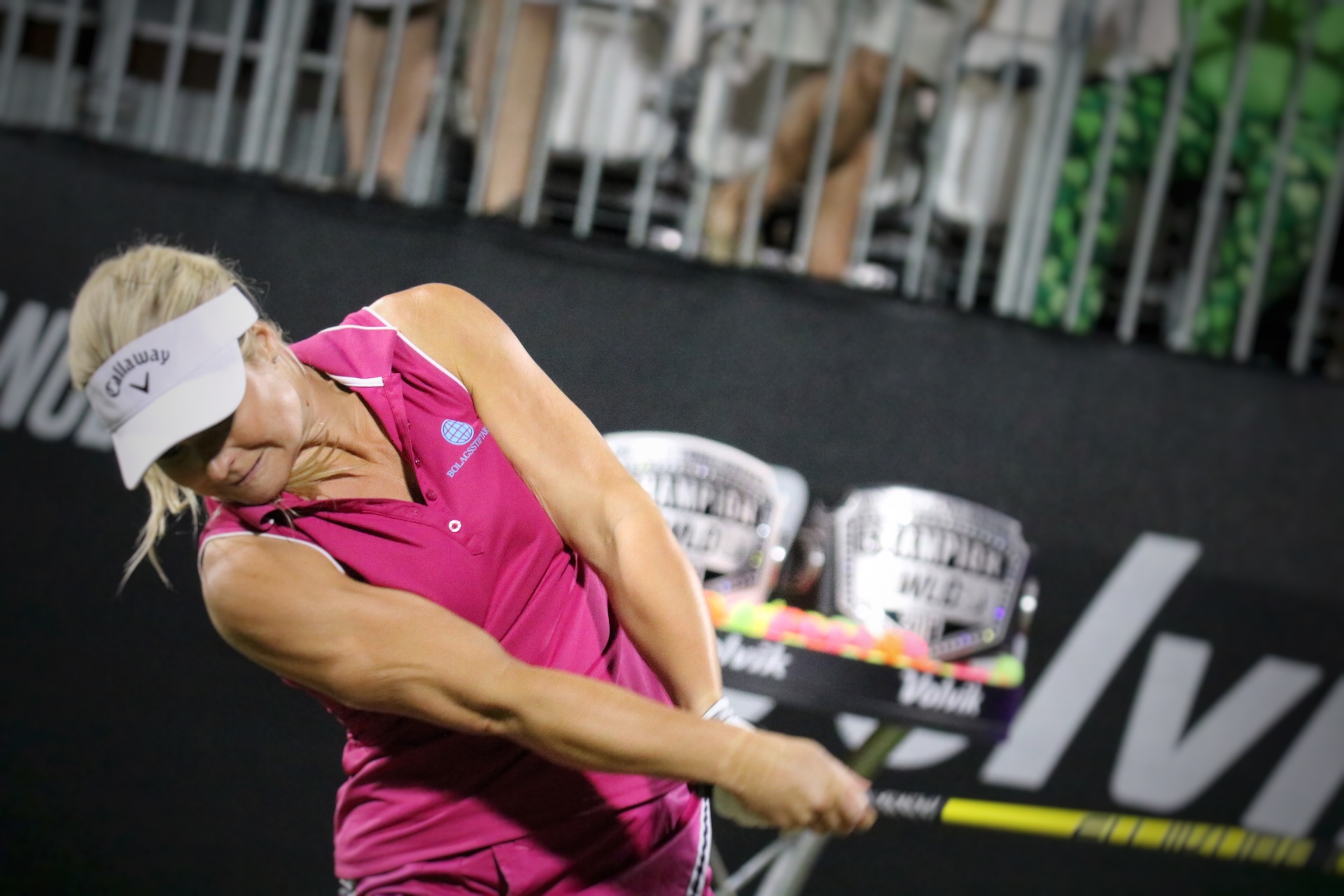 Loud cracks of laughter and golf balls fill the range. Friendly verbal jabs are exchanged among most competitors, but one silently takes his place near the end of the range. Clad in a baby blue shirt, snow white pants and shoes donning his old university’s logo, he slowly begins his routine.

Stretch. Glove. Tee one up. Let it rip.

Just 21 years old, he’s the baby face of the group and the newest member of this class of world-class athletes. Last September, he nearly conquered them all.

Kyle Berkshire has been long driving professionally for barely a year. If this was the NFL, he’d still be carrying teammates’ bags. While others might have the experience or professional stature, Kyle makes up for it with fearlessness. At last year’s Volvik World Long Drive Championship, he stood toe-to-toe with the giants of the game.

Balancing professional life with a heavy academic workload is no easy task, but Kyle takes it in stride. When it’s time to step onto the tee, it’s pure power. He’s yet to win his first competition but is inching ever closer. When September rolls around, you can bet Kyle Berkshire is a name that will be in the mix. 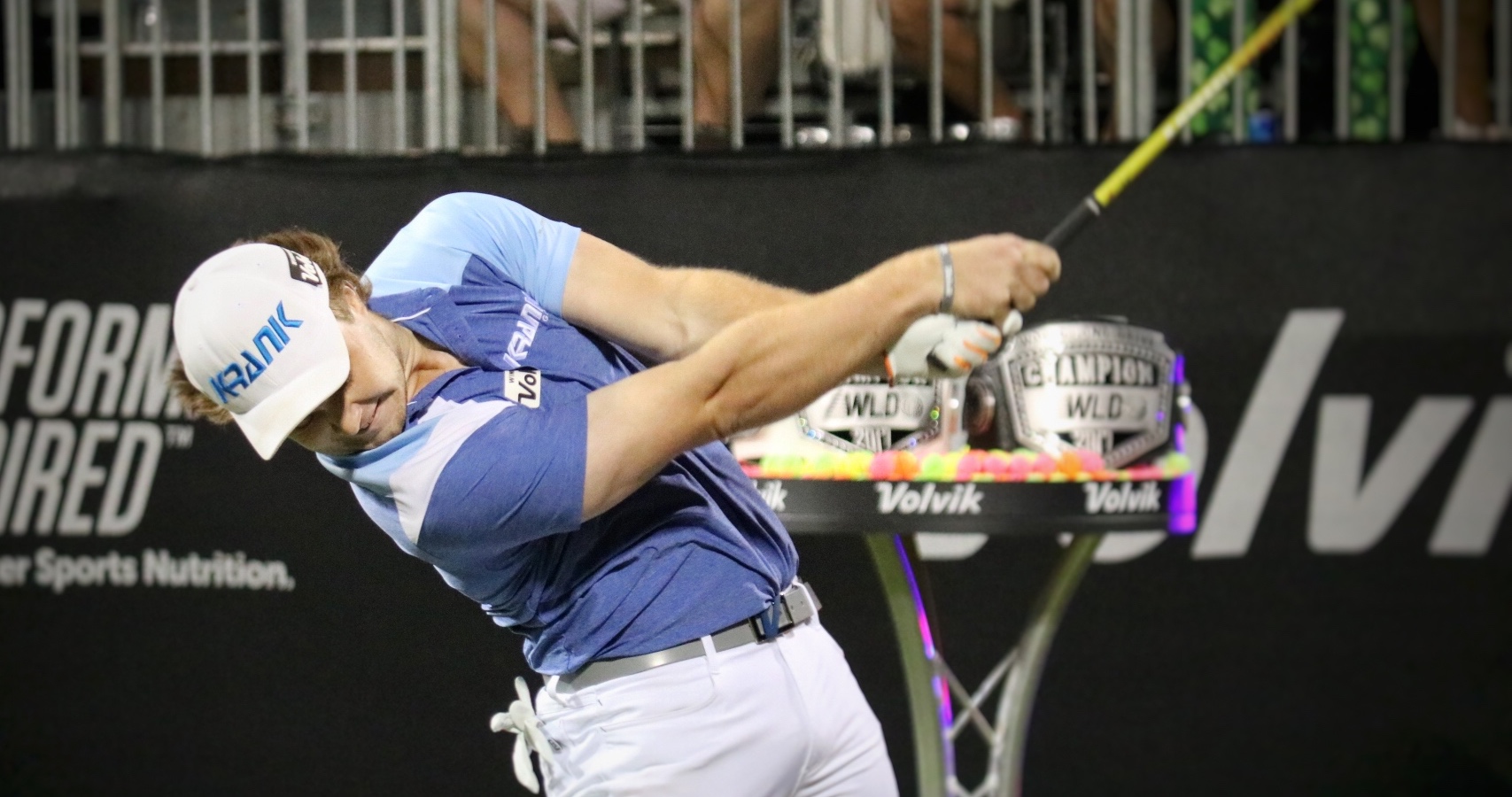 Catch Justin, Sandra and Kyle next week at the AK-CHIN Smash in the Sun tour event in Phoenix, Arizona on the Golf Channel and join us this September as the world’s longest hitters descend upon Thackerville for the 2018 Volvik World Long Drive Championship.