After 13 years of business, WinStar World Casino and Resort has seen a lot of changes and developments. With everything that’s changed, we’re feeling a little nostalgic and we want to share a little bit of our past with those who may not know the history of the world’s largest casino.

It’s a small world after all…

Those who’ve stuck with us since the beginning may remember when we opened in 2003 as WinStar Casino, offering bingo and a small selection of electronic games. At the time, our building was a heavy-duty tent, much smaller than today’s massive gaming floor. You may be familiar with our current gaming plazas, but did you know that the original two venues were called the Center Ring and the Mariachi? It’s true; we didn’t always have the worldly landmarks that are so well known today. Later, our first expansion added the Palace, our third gaming floor. 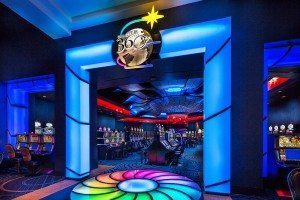 In 2007, the Chickasaw Nation kicked off a major expansion project that doubled the size of our facility to 380,000-square-feet of gaming space and gave us our international-themed façade that’s become recognizable among our guests. Matching the exterior’s international landmarks, the new gaming plazas were named London, Paris, Rome, Madrid and Beijing. Upon completion of the expansion, we became WinStar World Casino to complement our new look. In 2008, the Palace, the Center Ring and the Mariachi were also renovated and renamed Vienna, New York and Cairo, building on the international themes of the other plazas.

More than just a Casino 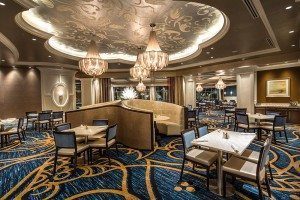 There’s a reason our name now includes the word “resort.” WinStar is more than just a casino. With a variety of indoor and outdoor activities for the whole family, you can play in the casino, spend a day at the pool, treat yourself to a spa day or hit the golf course while you’re here. 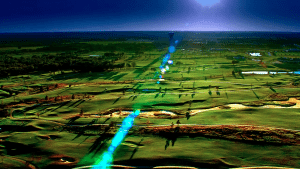 In 2006, WinStar Golf Club, an 18-hole facility located southeast of the main casino, opened to the public. The current 27-hole course was completed in 2010, and shortly after the new holes opened, we introduced WinStar Golf Academy in 2011. This state-of-the-art facility offers high-tech options for golfers from beginner to pro.

By the way… have you heard about our Weekends After Dark pool party?

With a variety of restaurants, bars and retail shops, there’s more to do here than just play on the gaming floor. Over the years, we’ve worked hard to expand our dining options, including the opening of Dallas Cowboys Bar & Grill. In 2013, we opened Gran Via Buffet, a 500-seat buffet with seven cooking stations and more than 200 food options from around the world to please everyone’s tastes. More recently, we added Dairy Queen and Orange Julius to conquer those sweet treat cravings. 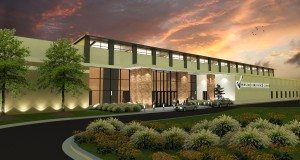 So … what’s next for us? We are currently hard at work on a new WinStar Convention Center. This 65,000-square-foot facility will be completed later this year and will be available for events, meetings and more.

There are also big developments underway over at WinStar Golf Club. They’re working on an expansion to grow the 27-hole course to a 36-hole course. Stay tuned for more updates on the golf course expansion!

Let’s break down the numbers…

We’ve come a long way since 2003 and we aren’t ready to stop growing just yet!