Home › Blog › Behind the Scenes of The World’s Game Show

Some people only have one favorite time of year, such as Christmas or Thanksgiving. Luckily for us, our favorite time of year comes around four times! Can you guess what I’m talking about? The World’s Game Show, of course! Four times a year, we turn our Global Event Center into a magical place where winning and good times never stop. So, how do we turn a normal stage into the elaborate one you see below? We do it with a lot of long hours and a very hard-working, dedicated crew. 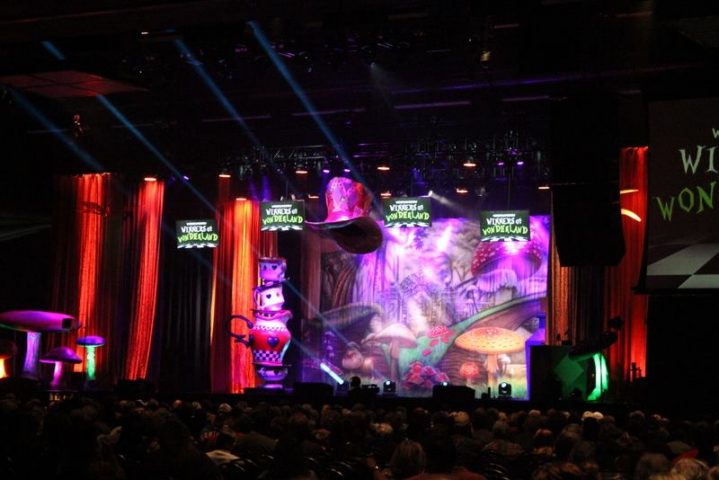 It takes almost a full week to set the stage for each finale show weekend. Set-up begins bright and early on the Monday prior to the show. We need around 10 to 15 people to help set-up the stage and make sure everything is in working order. The audience will obviously be able to see the beautiful decorations, but what they can’t see is the floor of the stage. Scattered all around the stage floor are hundreds of pieces of colorful tape. These serve as markers for the stage hands, so they know where each game is supposed to go. This task alone can take hours if not days to finish. With around a dozen people working on the stage, it still takes eight hours of work for five straight days to complete! After the show has concluded, two to three days are needed to completely clear the stage. That includes taking down all of the props, decorations and tearing up the tape.

So, what’s it like on a show day? To sum it up in one word: long. The day begins with a dress rehearsal at 8:00 a.m. sharp. The cast and crew go through the entire show, not just once, but multiple times making sure there are no kinks. They stop at 1:00 p.m. for a small break until the doors open at 2:30 p.m. The show starts promptly at 4:00 p.m. and lasts until 5:30 p.m. Once the show concludes, clean up begins and it doesn’t end until the very last balloon has been popped. 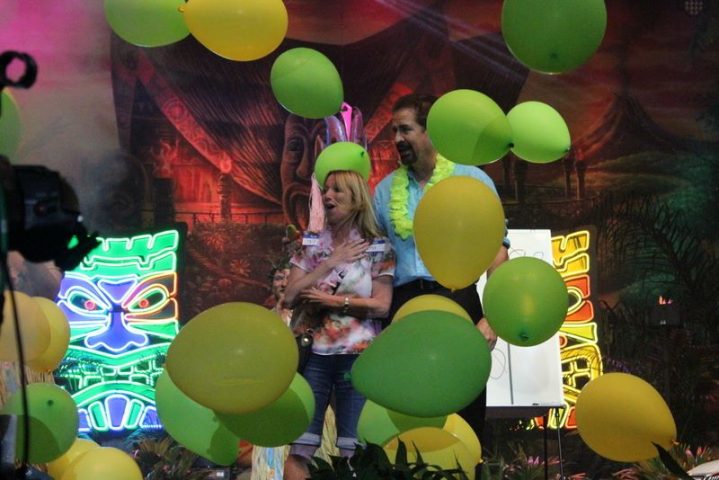 If you’re wondering who decides the themes of these shows, it’s the host himself, David Magee! He takes into account the time of year, themes of past shows and what’s popular at the time. It’s always exciting to see what he comes up with.

Did you know that you can attend the show as a spectator even if you did not receive an invitation? I highly suggest you do so. In addition to a thrilling game show, our opening acts are amazing! Past game show openers have included: Olate Dogs, Quick Change Russian duo, comedian and magician Fielding West, and many more jaw-dropping acts. The obvious must-sees are patrons, just like you, winning thousands of dollars in cash, vehicles, trips and more! It really is quite a treat to be at these shows. 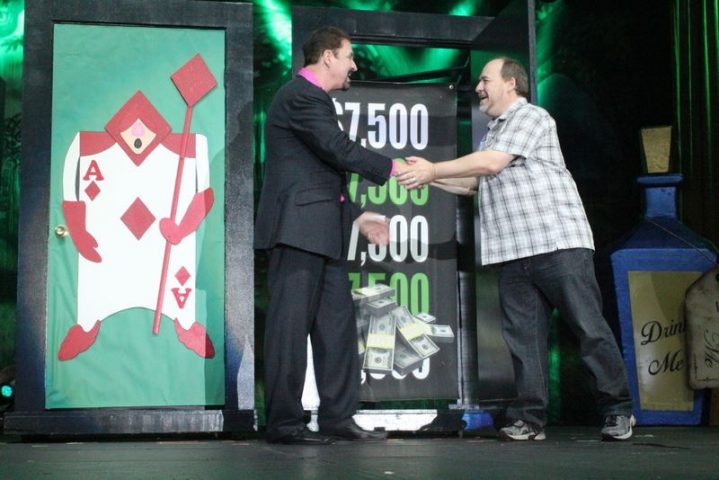 The finale of our next game show has been set for December 12 and 13. Please make sure you check in with us on Facebook and Twitter for more information about the qualifying round which begins on November 9. Is it too early to be excited for this show already? Definitely not! We’ll see you in December!